This is a robot car design based on myRIO

This is a robot car design based on myRIO 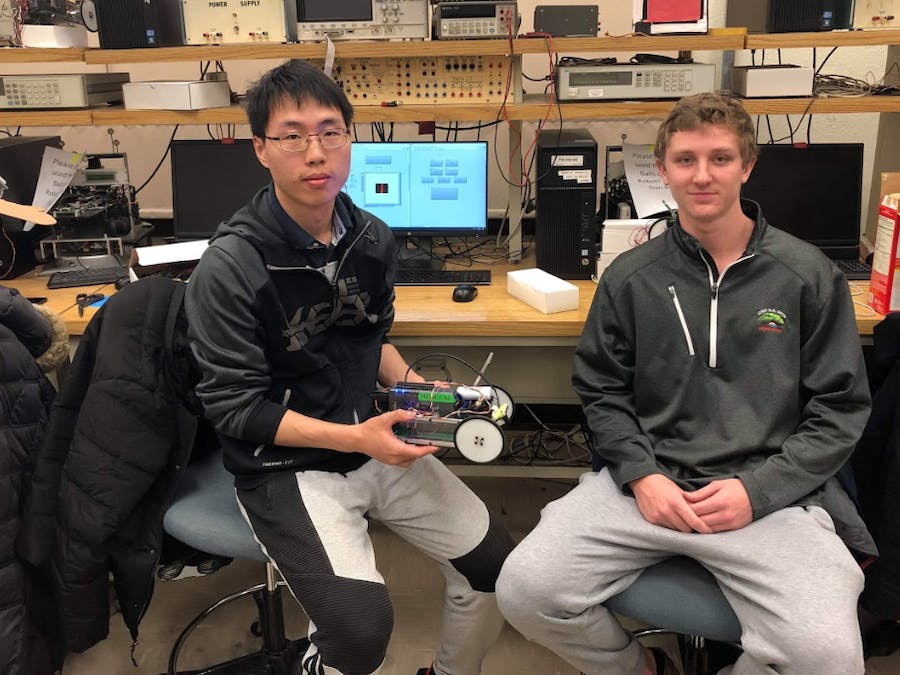 For our final project, we use the myRIO and MSP430 to create a car with line following capabilities, speed controls, and TCP/IP controls. The car can recognize 3 colors' lines and show different speeds when following different colors. TCP/IP protocol is used to control the car from the computer. From the computer, we can speed up, slow down, start/stop line following, and manual turning. The MSP430 is fitted with LEDs that have the same color as the lines. When the car starts following a different color, that colored LED would light up.

The line following feature is designed in LabView. Using NI Vision with the webcam, we are able to capture an image with all three of the colored lines. From there, the vision assistant is used to processing each line. We set up a case structure with 3 cases, one for each color. When the area of the color is larger than a threshold, the system will be kept in this case and do line following. If the area is smaller than the threshold, the program will start searching for other colors until one of them matches. Also, each case is set up with a different speed value to give different control speed. When it is in one of the cases, it will try to keep the center of the colored area in the center of the image by changing the turning value. Then the car is able to do line following.

There are several optimizations we use in the project. First, we find the turning value should be different when at different speeds. With high speed, the turning speed should be faster to handle those sharp corners. So we set an algorithm to calculate the turning value based on the speed. Second, we slow down the TCP/IP transfer speed and this will give better control by avoiding data accumulation.